In about 1942 Leon Simmons had the idea of developing Woods Flats, an area of about 220 acres situated above the Columbia River east of Trail. This area was primarily owned by C.M.S. Co.(now Teck). Together with Trail lawyer A.G. Cameron, they formed Montrose Homesites Ltd. The name Montrose was chosen after a popular place in Scotland. 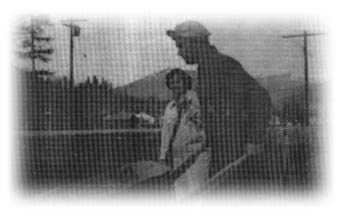 The land was surveyed into lots and shortly thereafter the Montrose Improvement Association was formed. The M.I.A. provided guidance, fire protection, and entertainment for the residents.

In the early 1950's, volunteer citizens of Montrose grouped together and constructed the Montrose Community Hall. 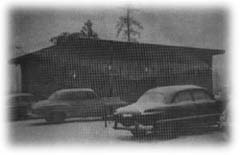 In 1953 a volunteer fire brigade was formed. Citizens again contributed volunteer energy and commitment by building a new firehall in 1959 to house the Montrose Volunteer Fire Department. 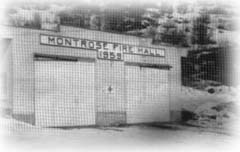 Montrose became an incorporated village on June 22, 1956 with a population of 707 citizens housed in 250 residences. The Montrose Improvement Association developed into a Council with a Chairman and four Commisioners. The Montrose Recreation Commission was formed soon after and continues today as an integral part of the Village's structure.

Today, the Village Council is made up of a Mayor and four Councillors. The population of Montrose has increased to 996 residents (2016 census) who occupy about 430 homes, and several vibrant businesses. The Montrose Recreation Commission is still very active, planning things like our Montrose Family Fun Day, Halloween Party and much more.